Who can we really trust? 5 tips and 3 insights for untruths in the workplace 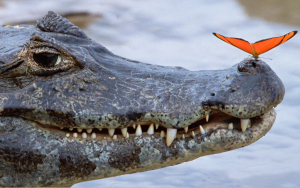 Two recent, high profile stories have got me thinking about lies in business.

Honesty and integrity are among my core values, so I’ve always found it fascinating to see how people’s actions demonstrate where their moral compass is orientated. We all know actions speak louder than words, and we also know that we ALL lie in some way.

So which stories have prompted this blog? Firstly (and obviously) the FIFA debacle and disgraceful leadership of Sepp Blatter. And secondly, an older story reignited; a new film about Lance Armstrong (The Program) told from the perspective of David Walsh, the Sunday Times journalist who spent 14 years trying to expose him.

Both Armstrong and Blatter have told barefaced, whopping lies. Over and over again. People who tried to stand up to them were quashed, ridiculed or ostracised. It makes my blood run cold to see the footage of their bold, blatant lies. All told with utter conviction.

So, given these two stories, I thought I’d share a few interesting articles on lying, and my personal top five tips on dealing with lies in the workplace.

Lie-spotting: This TED talk by Pamela Meyer opens with the disturbing fact that on any given day we’re lied to from ten to two-hundred times. You might think you’re quite good at spotting the little things that give away a lie (e.g. not looking someone in the eye). But watch this talk – there are some surprising ‘lie-tells’.

I like Meyer’s assertion that honesty is a value worth preserving. She offers us the option of moving from lie-spotting to truth seeking, and ultimately trust building.

Liars in the workplace: For some reason dishonesty in the workplace makes me angrier than people lying outside work. On reflection, I think that’s because in my personal life I can choose to cast out big fat liars. At work, it’s not so easy to avoid them. Here are a couple of interesting articles:

“A tendency to misrepresent the facts while appearing plausible and reasonable, along with a lack of guilt or anxiety over telling lies is another hallmark of psychopathic behaviour”.

If you read this and realise you are working for a psychopath, there is a lot of advice online on how to make the relationship as productive as it can be.

3 steps to deal with someone who takes credit for your work:  This article from Jo Miller of BeLeaderly.com has some great advice on this. It’s possibly one of the most common examples of lying in the workplace. Miller’s tips show you how to deal with it when it happens and set the record straight.

Here are my top five tips for dealing with lies in the workplace.